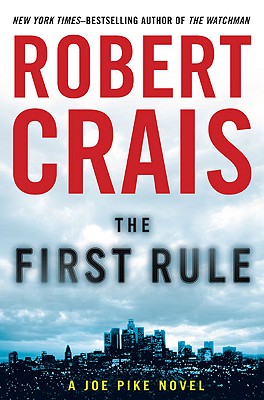 From the "New York Times"-bestselling author who sets the standard for intense, powerful crime- writing comes a blistering thriller featuring Joe Pike and Elvis Cole.
"The Watchman" put Joe Pike, Elvis Cole's strong, taciturn partner, front and center, and not only won Robert Crais new audiences but remarkable reviews. The "South Florida Sun-Sentinel" said "Robert Crais elevates crime fiction" and now with "The First Rule" he does it again.
The organized criminal gangs of the former Soviet Union are bound by what they call the thieves' code. The first rule is this: A thief must forsake his mother, father, brothers, and sisters. He must have no family-no wife, no children. We are his family. If any of the rules are broken, it is punishable by death.
Frank Meyer had the American dream-until the day a professional crew invaded his home and murdered everyone inside. The only thing out of the ordinary about Meyer was that- before the family and the business and the normal life-a younger Frank Meyer had worked as a professional mercenary, with a man named Joe Pike. The police think Meyer was hiding something very bad, but Pike does not. With the help of Cole, he sets out on a hunt of his own-an investigation that quickly entangles them both in a web of ancient grudges, blood ties, blackmail, vengeance, double crosses, and cutthroat criminal-ity, and at the heart of it, an act so terrible even Pike and Cole have no way to measure it. Sometimes, the past is never dead. It's not even past.
"The First Rule" is the most astonishing novel yet from the master of the crime thriller.