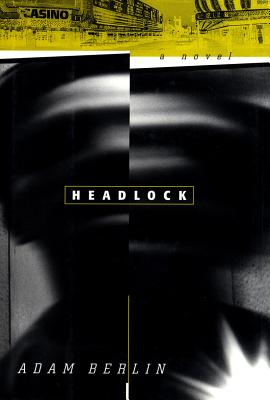 Headlock is about a wrestler, but not the kind of wrestler that Jesse Ventura once was.

Right. WWF wrestling is not what this is about. Professional wrestling is a real sport, a real athletic match, whereas WWF has to be called entertainment because it's not real. You know it's not real because these men stand up and there's no blood. In a real wrestling match, you can see the struggle, the real physical exertion, and you can feel the pain. Those guys really get hurt, they get broken bones. It's just man on man -- no gloves or bats or rackets or balls -- and that's when people can get hurt.

You seem to know what you're talking about. Were you ever a wrestler yourself?

Well, one of the most famous stories was when he first came to the States from Russia. A man tried to pickpocket him, and he couldn't yell for help. He didn't know the word. So he put his hand over the pickpocket's hand -- which was in his pocket -- and then he walked him down to the police station.

So you inherited the temper?

I've inherited some of it, but I curb it. The older I get the easier it is. I channel it. I work out at a boxing gym, and my brother actually was a Golden Glove champion in Florida -- that's how he channels it, I guess.

You're not someone to be afraid of in a bar.

That brings us to the ease with which you write about violence. You seem to be able to depict violence very graphically.

In all honesty, I was in a few fights when I was younger. And I've seen fights. I'm also a big boxing fan. I think I have some idea of what real violence is, not movie violence.

Real violence has real repercussions. Movie violence heals very quickly; real violence does not. Listen, when a person is in a fight, he remembers it for a long time. You feel badly that it was such a thrill, an adrenaline rush.

I'm not interested in glorifying violence like movies do. Headlock is really a story about a kid becoming an adult. Once Dess, my character, learns to control his temper, he can move on with his life. Dess has to achieve some sort of balance, as his father keeps telling him. And when Dess understands that what his father says is true, he can go home again, so to speak.

Much of your novel is set in Las Vegas, where Dess and his cousin Gary race the clock, gambling to pay off Gary's enormous gambling debts. Have you done much gambling yourself?

Yes, I have from time to time. I've gone to Atlantic City expecting to make a fortune, and ended up sleeping on a grating waiting for a new morning and maybe some new luck. But the new luckdidn't come and I always caught the next bus back to the city.

Why do you think people become compulsive gamblers?

All you have to do is go to a casino where people are waiting for the junket buses, and you can see that everybody's a loser. There are some long, quiet trips back to the city. Everyone's talking about what they're to going to win on the way over, and they're very quiet on the way back.

The heavy who comes after Gary to collect is terrifyingly calm. Do you think there are really people like Blue?

Yes. Let's just say I've met a few people who've collected money, and they're very nonchalant about the breaking of a hand. There's a real scary feeling in the air.