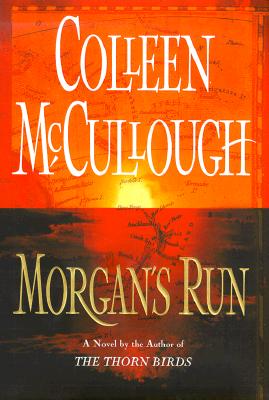 In a novel of sweeping narrative power unequaled since her own beloved worldwide bestseller "The Thorn Birds," Colleen McCullough returns to Australia -- this time with the story of its birth.

At the center of her new novel is Richard Morgan, son of a Bristol tavern-keeper, devoted husband and loving father, sober and hardworking craftsman. By the machinations of fate and the vagaries of the 18th-century English judicial system, he is consigned as a convict to the famous "First Fleet," which set sail, bearing, as an experiment in penology, 582 male and 193 female felons sentenced to transportation, in May of 1787 for the continent that Captain Cook had discovered only a few years earlier.

The word "epic" is overused, but no other word can do justice to one of the most grueling and significant voyages in human history or to the courage of the convicts whose sufferings were not ended but had only just begun when they set foot on Australian soil at Botany Bay on January 19th, 1788.

Of those convicts, Richard Morgan stood out, not only for his strength and his calm determination to let no man bully him, but also for his intelligence, his fair-mindedness, his common sense, and his willingness to help others. To these qualities must be added a certain innate dignity that hinted, even in the most terrible conditions, at a life marked by tragedies that would have broken most men.

In Richard Morgan, Colleen McCullough has created one of her most compelling characters. We see through Morgan's eyes the two worlds in which the story takes place: that of 18th-century Bristol, where Morgan was born and expected to live out his life, and that of a convicted felon sent to settle ahostile new world.

When the book begins, Richard Morgan is a contented man -- happily married, with a child he adores. Then, piece by piece, his idyll crumbles until he finds himself led into an ambiguous relationship with a beautiful young woman, whose dissolute protector seeks vengeance on Morgan to protect his own skin.

He endures the agonies of bereavement and financial loss, incarceration in prison and aboard the notorious "hulks," then the horrors of the journeys to Botany Bay and Norfolk Island, where he finds against all odds a new love and a new life.

Richard Morgan's story is true, but in making Morgan the central figure of her novel, Colleen McCullough has created a hero whom no reader will ever forget; she has written not only a great adventure and a powerful love story, but also a book that combines the elements of "Tom Jones" and" Mutiny on the Bounty."

"Morgan's Run" is great fiction, full of drama, passion, history, love, and hatred, full-blooded and totally engrossing, a stunning work that is at once rich entertainment -- and a revelation.