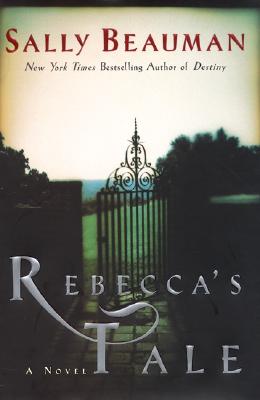 April 1951. It is twenty years since the death of Rebecca, the hauntingly beautiful first wife of Maxim de Winter. It is twenty years since the inquest, which famously -- and controversially -- passed a verdict of suicide. Twenty years since Manderley, the de Winters' ancient family seat, was razed to the ground.But Rebecca's tale is just beginning.Family friend Colonel Julyan receives an anonymous parcel in the post. It contains a black notebook with two handwritten words on the first page -- Rebecca's Tale -- and two pictures: a photograph of Rebecca as a young child and a postcard of Manderley.A mysterious young scholar by the name of Terence Gray has also appeared in town, looking for clues to Rebecca's life and death. His presence causes a stir in the quiet hamlet, and the tongues that had wagged about Rebecca years before now attend to the close ties Gray has formed to the Colonel and his single daughter, Ellie.Amid the intrigues of this small coastal town, Ellie, Gray, and the Colonel begin a search for the real Rebecca. Was she the manipulative, promiscuous femme fatale her husband claimed, or the Gothic heroine of tragic proportions that others have suggested? Was her death really suicide, or was it murder?Sally Beauman has taken Daphne du Maurier's celebrated twentieth-century classic, Rebecca, and crafted a compelling companion for the twenty-first century. Haunting, evocative, mesmerizing, Rebecca's Tale is for anyone who has ever dreamed of going back to Manderley.