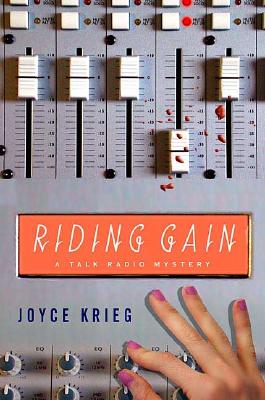 When Shauna J. Bogart's former intern is shot to death in the city park, the grandmother of the suspect, another young man, asks Shauna J. for help. The young man tried to run from the murder scene and was shot and seriously wounded by the police. The youth's grandmother is certain he is innocent and Shauna agrees to look into it. A murder-mystery might be just the thing to distract her from her own problems, which are currently numerous.
Shauna J.'s boss has added a weekly spot for a self-styled psychic into her program, without even telling her. She's been getting puzzling call-ins from someone who claims to be her high school friend. And she's learned that a network station with an almost-promised job for her thinks her image is "too old." Another offer is in the wind, but does she want it enough to move from her beloved Sacramento to Los Angeles? More important, would Pete Kovacs, her significant other, be willing to make the move?
Taking up the case, Shauna J. enlists her willing assistant, Josh, and the pair hunts down every puzzling clue. What they turn up is an evil scheme that touches more and more of the people they encounter and threatens Shauna J., as well as those around her, with sudden death.
In her prize-winning first novel, "Murder Off Mike, " Joyce Krieg proved that going behind the scenes of talk radio can be fun, fascinating, and sometimes downright scary. She continues to prove it delightfully in this, Shauna J. Bogart's third escapade.