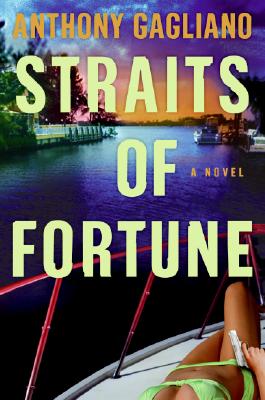 Written in the classic noir tradition of Raymond Chandler's The Big Sleep, Straits of Fortune is a fast-paced and sometimes deadly adventure set in America's sexiest city.

Ex-cop Jack Vaughn, the best thing to happen to crime fiction since Chandler's Philip Marlowe hung up his holster, moved from the gritty streets of New York to Miami to work as a personal trainer. The sun, sand, and tanned bodies of Miami are a welcome distraction from the haunting memory of another cop's death in New York. But when he becomes involved with millionaire businessman Colonel Patterson, he realizes his newfound peace is short-lived.

The Colonel offers Jack a hundred grand to do a seemingly simple favor. But getting involved with the Colonel also means getting involved with his daughter, the exotic wild child Vivian, who once broke Jack's heart. Jack had sworn to forget her, but this memorable cast of characters lures him back into their double-dealing circle.

The deeper he gets, the more Jack finds himself entangled in an ever-expanding web of lies, lust, and violence. A dark, hard-boiled look at the dangerous underbelly of glamorous Miami, Straits of Fortune is an unforgettable debut novel.