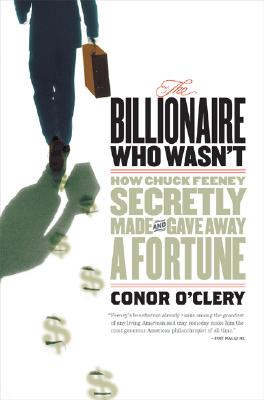 In 1988 Forbes Magazine hailed Chuck Feeney as the twenty-third richest American alive. Born in Elizabeth, New Jersey to a blue-collar Irish-American family during the Depression, a veteran of the Korean War, he had made a fortune as co-founder of Duty Free Shoppers, the world's largest duty-free retail chain. But secretly, Feeney had already transferred all his wealth to his foundation, Atlantic Philanthropies. Only in 1997, when he sold his duty free interests, was he "outed" as one of the greatest and most mysterious American philanthropists in modern times. A frugal man who travels economy class and does not own a house or a car, Feeney then went "underground" again, until he decided in 2005 to cooperate in a biography to promote giving-while-living. Now in his mid-seventies, he is determined his foundation should spend the remaining 4 billion in his lifetime. The Billionaire Who Wasn't is a tale of one of the greatest untold retail triumphs of the twentieth century, and of what happens to a unique man and his family when confronted with wealth beyond imagining.