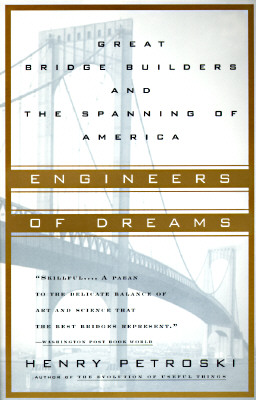 Petroski reveals the science and engineering--not to mention the politics, egotism, and sheer magic--behind America's great bridges, particularly those constructed during the great bridge-building era starting in the 1870s and continuing through the 1930s. It is the story of the men and women who built the St. Louis, the George Washington, and the Golden Gate bridges, drawing not only on their mastery of numbers but on their gifts for persuasion and self-promotion. It is an account of triumphs and ignominious disasters (including the Tacoma Narrows Bridge, which literally twisted itself apart in a high wind). And throughout this grandly engaging book, Petroski lets us see how bridges became the "symbols and souls" of our civilization, as well as testaments to their builders' vision, ingenuity, and perseverance.