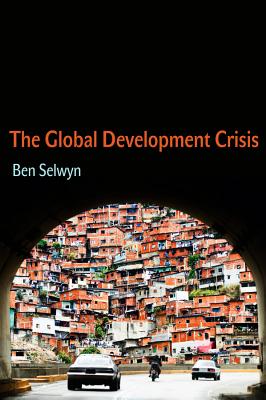 The central paradox of the contemporary world is the simultaneous presence of wealth on an unprecedented scale, and mass poverty. Liberal theory explains the relationship between capitalism and poverty as one based around the dichotomy of inclusion (into capitalism) vs exclusion (from capitalism). Within this discourse, the global capitalist system is portrayed as a sphere of economic dynamism and as a source of developmental opportunities for less developed countries and their populations. Development policy should, therefore, seek to integrate the poor into the global capitalist system.

The Global Development Crisis challenges this way of thinking. Through an interrogation of some of the most important political economists of the last two centuries Friedrich List, Karl Marx, Leon Trotsky, Joseph Schumpeter, Alexander Gerschenkron, Karl Polanyi and Amarta Sen, Selwyn argues that class relations are the central cause of poverty and inequality, within and between countries. In contrast to much development thinking, which portrays 'the poor' as reliant upon benign assistance, this book advocates the concept of labour-centred development. Here 'the poor' are the global labouring classes, and their own collective actions and struggles constitute the basis of an alternative form of non-elitist, bottom-up human development.