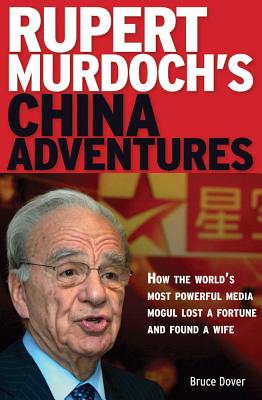 Beginning in the mid 80s, Murdoch quickly discovered that gaining media access to China was a whole different ballgame than anywhere else in the world. Unlike in the West, the Chinese Communist leadership didn't need the support of the media to retain power, robbing him of his usual leverage, and their ability to regulate and control business was close to absolute. The Propaganda Department was given a watching brief on Murdoch's activities, and he was kept well away from the upper echelons of power. But despite the barriers put in his way, Murdoch's News Corp has still had a profound effect, transforming staid Chinese television into a popular entertainment medium and effectively connecting China to the world through the internet. Insider Bruce Dover paints a personal picture of Murdoch at work, with telling anecdotes of the billionaire in his prime, and recounts how he fatefully introduced his boss to Wendi Deng, Murdoch's future wife. This fascinating book is engagingly written and peppered with entertaining tales of the trials and tribulations of an eccentric billionaire and his interactions with the Chinese government.