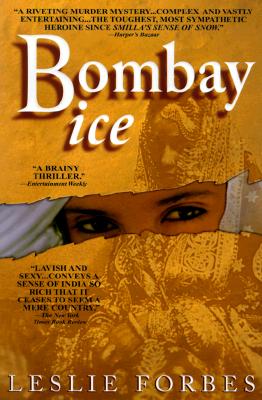 A dazzling novel of murder and monsoons, of poison and seduction, of long-buried secrets and lethal betrayals...

Rosalind Benegal is a BBC correspondent who has spent years distancing herself from surreal memories of a childhood spent in India. But lately, her long-lost sister, Miranda, has taken to sending Rosalind cryptic postcards all the way from Bombay. In swirling script, Miranda claims she's being followed by a eunuch. She alludes to her childhood fear of water. She hints that her husband may have murdered his first wife. Miranda's dizzying missives compel Rosalind to do what she would never do on her own...return to the land of her birth, to the country that still haunts her after twenty years abroad. Part literary thriller, part eloquent meditation on everything from the secret art of alchemy to the hidden lives of gangsters, artists, con men, transvestites, and serial killers, Bombay Ice is rich with the heady atmosphere of India. It is an extraordinarily intelligent debut that captures the very essence of an exotic and fabled land.