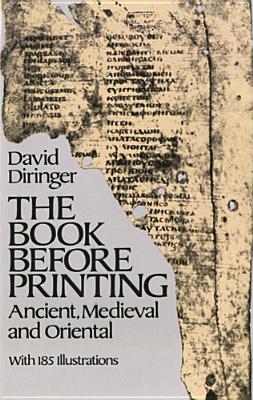 "A remarkable work. . . . For sheer weight of information there is no equal to it." -- The Spectator.
It is probable that the earliest "books" were written on wood or leaves as early as the fourth millennium B.C. These fragile materials, unfortunately, have not come down to us. In their absence, the earliest surviving books are the clay tablets of Mesopotamia, the oldest attributed to c. 3500 B.C. On these ancient clay shards, dense rows of cuneiform script record the seminal writings of mankind: the Gilgamesh epic, Sumerian literary catalogues, Babylonian astrology, Assyrian accounts of the Creation and the Flood, and the Lipit-Ishtar Law-Code (c. 2000 B.C.), predating Hammurabi and the oldest law code in human history.
Probably as ancient as the Mesopotamian writings, or nearly so, are Egyptian hieroglyphics. In a sense, it is the papyrus scrolls of the Egyptians -- preserved by that country's hot, dry climate -- that represent the true ancestors of the modern book. As the centuries passed, papyrus slowly gave way to parchment (the prepared skins of animals) as writing material. Indeed, the handwritten parchment or vellum codex is "the book" par excellence of the Middle Ages. Western European book production is only part of the story, and the author is at pains to illuminate the bibliographic contributions of numerous peoples and cultures: Greek and Roman book production, books made in central and southern Asia, the books of Africa, pre-Columbian America, and the Far East -- material that is often not mentioned in Western histories of the book.
Based on years of painstaking research and incorporating a wealth of new material and conclusions, the text is enhanced throughout by abundant illustrations -- nearly 200 photographic facsimiles of priceless manuscripts in museums and libraries around the world.