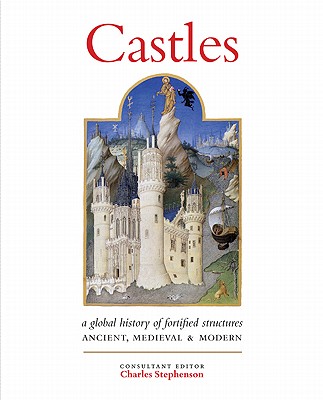 While the word "castle" conjures up an image of the classic medieval stone edifice, resplendent with towers and turrets, battlements and barbicans, and the odd oubliette, the impulse to build defensive works is as old as civilization itself; and the evolution of such architecture not only encompasses global cultures but is also a physical expression of the changing face of military tactics and technology.

"Castles "takes a uniquely architectural approach to deconstructing all forms of fortification, showing how the work of architect, stonemason, and engineer evolved to repel the increasingly destructive power of an attack, from siege engine to artillery. While the medieval castle is analyzed in detail, the book addresses a broad chronology of defenses--from the earliest fortresses and walled cities of the ancient world through to the point in the 19th century when modern weapons forced armies underground. "Castles "uses stylish two-tone engravings to dissect a wealth of examples from both western and eastern cultures; "anatomies" that annotate the classic structures for both their architectural and military significance; and "Then and Now" features that offer unique comparisons between castles in their pomp as depicted in illuminated manuscripts, mosaics, maps, and paintings, and matching color photographs of those same castles as they appear today. This architectural review of soaring towers and redoubtable walls provides both a fascinating narrative and an essential visual reference for the general and military historian.