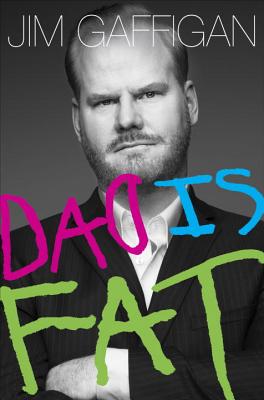 Jim Gaffigan never imagined he would have his own kids.

Though he grew up in a large Irish-Catholic family, Jim was satisfied with the nomadic, nocturnal life of a standup comedian, and was content to be "that weird uncle who lives in an apartment by himself in New York that everyone in the family speculates about." But all that changed when he married and found out his wife, Jeannie "is someone who gets pregnant looking at babies." Five kids later, the comedian whose riffs on everything from Hot Pockets to Jesus have scored millions of hits on YouTube, started to tweet about the mistakes and victories of his life as a dad. Those tweets struck such a chord that he soon passed the million followers mark. But it turns out 140 characters are not enough to express all the joys and horrors of life with five kids, so hes' now sharing it all in Dad Is Fat. From new parents to empty nesters to Jim's twenty-something fans, everyone will recognize their own families in these hilarious takes on everything from cousins ("celebrities for little kids") to growing up in a big family ("I always assumed my father had six children so he could have a sufficient lawn crew") to changing diapers in the middle of the night ("like The Hurt Locker but much more dangerous") to bedtime (aka "Negotiating with Terrorists"). Dad is Fat is sharply observed, explosively funny, and a cry for help from a man who has realized he and his wife are outnumbered in their own home.