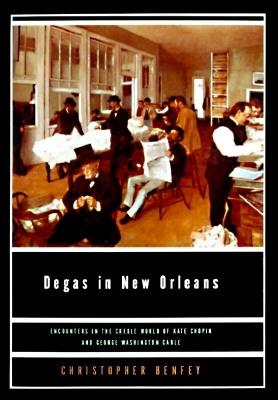 The vivid story of a tightly knit group of travelers--connoisseurs, collectors, scientists--who dedicated themselves to exploring and preserving what they referred to as "Old Japan" and Old Japan's lasting influence on the culture of Gilded Age America. After the Civil War, the United States--as cultural historian and critic Christopher Benfey argues--lost its philosophical moorings and looked eastward, to "Old" Japan and its seemingly untouched indigenous culture, for balance and perspective. Japan, meanwhile, was trying to reinvent itself as a more cosmopolitan, modern state, transforming in the space of twenty-five years from a feudal backwater to an international power. It was the parallel rise of these two young nations that initiated some of the major power struggles--both military and economic--of the twentieth century. This "great wave" of historical and cultural reciprocity brought with it some larger-than-life personalities, and this is their story as well. The lure of unknown foreign cultures played out on both sides of the Pacific, in the lives of Herman Melville, Theodore Roosevelt, Henry Adams, John La Farge, Kakuzo Okakura (the author of The Book of Tea), Isabelle Gardner, and Lafcadio Hearn, among others. The Great Wave is a beautifully rendered meditation on the subject of cultural identity and on the consequences--both good and bad--of cultural cross-pollonation. Above all, like Louis Menand's The Metaphysical Club, it proves that what important history does at its best is transform our worldview.