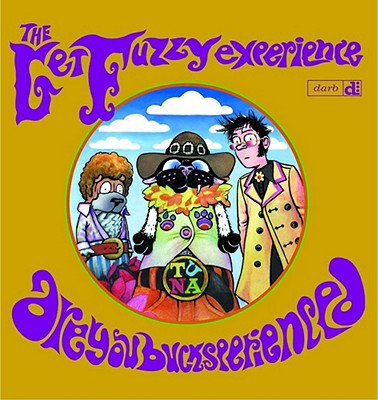 GET FUZZY EXPERIENCE: Are You Bucksperienced

Syndicated by United Feature Syndicate, Get Fuzzy appears in 250 newspapers, from the Los Angeles Times to the Detroit Free Press to the Philadelphia Enquirer. Darby Conley's first book, This Dog Is Not a Toy, sold more than 115,000 copies; his second book, Fuzzy Logic, more than 85,000.When he was a child, Darby Conley used to wonder what his beloved pooch was thinking. That curiosity led to his creation of the hilarious strip Get Fuzzy in 1999, which has rapidly become one of the most popular cartoons in newspaper syndication. Showcasing the relationship between Bucky, a temperamental cat with an attitude; the sweet and sensitive dog Satchel; and their mild-mannered human companion, Rob Wilco, Get Fuzzy has cornered the market on anthropomorphic antics.

Anyone who finds animals both amazing and amusing will find this new Get Fuzzy collection one of the most bitingly funny books ever printed.

Title: GET FUZZY EXPERIENCE: Are You Bucksperienced

GET FUZZY EXPERIENCE: Are You Bucksperienced