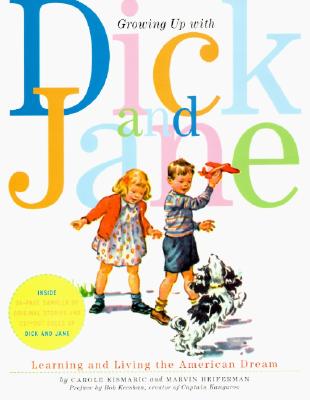 GROWING UP WITH DICK AND JANE : LEARNING

Growing Up with Dick and Jane reunites us with two old friends, Dick and Jane, who, for forty years, taught so many of us to read. Here's the all American brother and sister team. Look It's Dick, in his striped polo shirts and shorts, always ready for an adventure. Look Look It's Jane, in her pretty dresses, eager to have fun and learn about life. There's silly, mischievous Baby Sally, and Spot, America's favorite spaniel. Growing Up with Dick and Jane brings to life the cast of characters who are emblems of the American Dream. And side by side with the story of Dick and Jane is an entertaining and informative text that tracks important historical, social and educational events of the "Dick and Jane era."

Bob Keeshan, known to generations as Captain Kangaroo, is one of the most beloved performers and influential innovators of children's television. The first Clarabell on The Howdy Doody Show, Keeshan went on to create Captain Kangaroo, the longest-running network children's series. An advocate of children's causes, Keeshan's unique blend of education and entertainment has influenced his followers, on screen and off.

Title: GROWING UP WITH DICK AND JANE : LEARNING

GROWING UP WITH DICK AND JANE : LEARNING