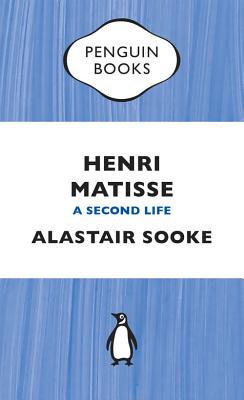 "One January morning in 1941, only a fortnight or so after his seventy-first birthday, the bearded and bespectacled French artist Henri Matisse was lying in a hospital bed preparing to die." Diagnosed with cancer, the acclaimed painter, and rival of Picasso, seemed to be facing his demise. Then something unexpected happened. After a life-saving operation that left him too weak to paint, and often too frail to even get out of bed, Matisse invented a ground-breaking and effortless new way of making art. The results rank among his greatest work. In an astonishing blaze of creativity, he began conjuring mesmerizing designs of dazzling dancers and thrilling tightrope walkers, sensuous swimmers and mythical figures falling from the heavens. His joyful and unprecedented new works were as spontaneous as jazz music and as wondrous as crystal-clear lagoons. Their medium? Coloured paper and scissors. This book, by art critic and broadcaster Alastair Sooke, focuses on Matisse's extraordinary final decade, which he called "a second life," after he had returned from the grave. Both a biography and a guide to Matisse's "cut-outs," it tells the story of the valedictory flourish of one of the most important and beloved artists of the 20th century. Published in time for a major Tate Modern retrospective.