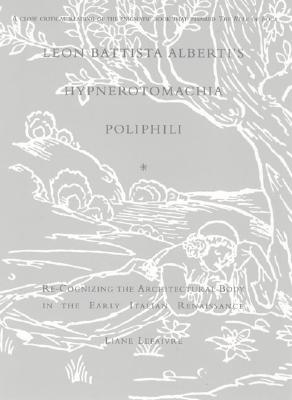 A critical-theoretical reading of the strange, dreamlike work of Leon Battista Alberti.

The enigmatic, polyglot Hypnerotomachia Poliphili--the inspiration for the bestselling novel The Rule of Four--has fascinated architects and historians since its publication in 1499. Part fictional narrative and part scholarly treatise, richly illustrated with wood engravings, the book is an extreme case of erotic furor, aimed at everything--especially architecture--that the protagonist, Poliphilo, encounters in his quest for his beloved, Polia. Among the instances of the book's manifesto-like character is Polia's tirade defending the right of women to express their own sexuality, probably the first sustained argument of this type, which lifts the book's erotic theme from the realm of ribaldry to the more daring one of sexual politics. Liane Lefaivre offers the closest critical-theoretical reading of Hypnerotomachia Poliphili to date, placing it within both the historical context of the quattrocento and the rethinking of the metaphor of the architectural body. Lefaivre is the first to attribute this strange, dreamlike book definitively to none other than the arch-rationalist Leon Battista Alberti. Intended as his final text, she argues, the book is the legacy of a humanist passionate about his life's work, a treatise on the role of dreamwork in design by one of the most creative minds of the Renaissance, and a manifesto in defense of humanism by a man who had been dismissed by an anti-humanist pope after a thirty-year career in the papal service.