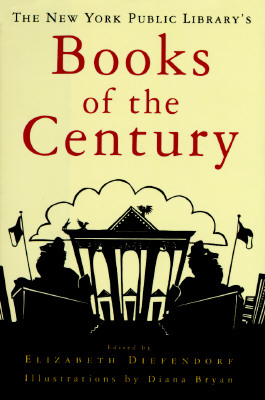 What are the books that helped shape and define the last hundred years? This was the question put to the librarians of The New York Public Library as part of the Library's 100th anniversary celebration. Which books had influenced the course of events for good or ill? Which interpreted new worlds? Or delighted millions of readers? Their answers to these questions formed "Books of the Century," a highly popular exhibit during the Library's centennial celebration (1895 to 1995), highlighting an exhilarating collection of important works by some of the greatest writers of our times.
Now, the companion volume, The New York Public Library's Books of the Century takes readers on a thought-provoking tour of the last hundred years, through the medium of the printed word. Here readers will find over 150 pivotal works organized into topical categories, reflecting themes that have informed the century, among them "Mind & Spirit," "Protest & Progress," "Women Rise," or "Nature's Realm." Each is introduced with a brief commentary illuminating the themes and issues the books in that section address, followed by an annotation for each title offering a brief description and a key to its significance. The range of books is remarkable, embracing Chekhov's Three Sisters and Bram Stoker's Dracula, as well as Galbraith's The Affluent Society and Durkheim's Suicide, or Timothy Leary's The Politics of Ecstasy and W.E.B. Du Bois's The Souls of Black Folk. Readers will find many illuminating juxtapositions. In "Utopias & Dystopias," for instance, The Wonderful Wizard of Oz, Peter Pan, and Lost Horizon are in the unexpected company of Nineteen Eighty-four, A Clockwork Orange, Brave New World, and The Time Machine. The century's darkest moments are mirrored in "War, Holocaust, Totalitarianism," where we find Koestler's Darkness at Noon, Hersey's Hiroshima, Anne Frank's Diary, and Dee Brown's Bury My Heart at Wounded Knee. But the volume ends on a happier note, with "Optimism, Joy, Gentility," and such wonderful works as Helen Keller's The Story of My Life, Shaw's Pygmalion, Margaret Wise Brown's Goodnight Moon, and Harper Lee's To Kill a Mockingbird.
Illustrated throughout with imaginative paper cut-out murals by artist Diana Bryan, The New York Public Library's Books of the Century is a reflection of our times, featuring both the books we love--whether The Cat in the Hat or Ulysses--and books like The Surgeon General's Report or Mein Kampf that, for better or worse, have been an inescapable part of our century.
"For 100 years, the librarians of The New York Public Library have shared our passion for books with a diverse and literate public," said curator and editor Elizabeth Diefendorf. "That experience has given us a unique perspective in making our choices for the books of the century. We hoped that visitors to the exhibition, and now the readers of this book, will be drawn into our choices and reflect on what their own selections would be."