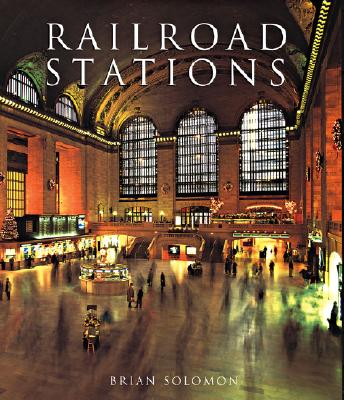 The grand railroad stations were designed by the world's finest architects as elaborately detailed showplaces. As gateways to cities and towns, they displayed the best each metropolis had to offer. Go on a worldwide tour of the most magnificent examples, from London's St. Pancras and Paris's sensational Gare d'Orsay to Tokyo's Shinjuko station, the busiest on earth. The exquisitely photographed journey begins with a look at the role of the railroad in the 19th and 20th centuries, from the passenger train's heyday to the present time, when nearly abandoned stations are being refitted for other uses. Find out about the different forms of stations, and how the needs of the region influenced the architectural style. Finally, see some of the classic stations that have barely changed since the first trains stopped there and take a fond look back at some lost terminals--such as New York's original Penn Station--that are gone, but not forgotten.