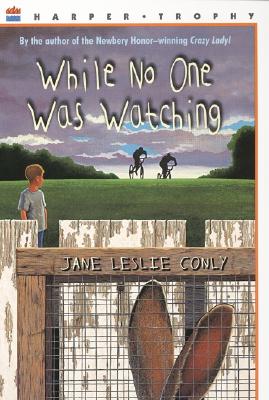 While No One Was Watching

On their own... Frankie, Earl, and Angela aren't excited about spending the summer with Aunt Lula while their dad's away. But they have no idea just how bad it will be. When Lula disappears, the kids have no food, no money-- and no one to take care of them.

Someone has to take charge. Since Earl is the oldest, he feels responsible. His older cousin, Wayne, shows him how to steal bikes. It's a great way to make money, and Earl is desperate. But stealing bikes is not all Wayne does. And when he asks Earl to join him in a new money-making scheme, Earl is torn. It feels bad, but he needs the money. And no one is watching...

Title: While No One Was Watching

While No One Was Watching