WIRED : THE SHORT LIFE AND FAST TIMES OF

WIRED : THE SHORT LIFE AND FAST TIMES OF 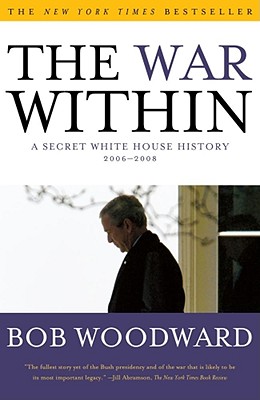 Bob Woodward once again pulls back the curtain on Washington to reveal the inner workings of a government at war. In his fourth book on President George W. Bush, Bob Woodward takes readers deep inside the tensions, secret debates, unofficial backchannels, distrust, and determina- tion within the White House, the Pentagon, the State Department, the intelligence agencies, and the U.S. military headquarters in Iraq. This is the inside story of how Bush governed.
View More... 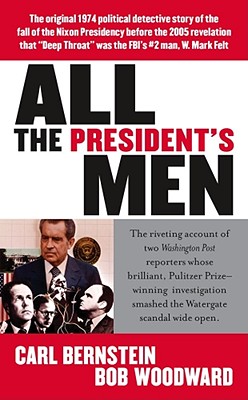 ALL THE PRESIDENT'S MEN

THIS IS THE BOOK THAT CHANGED AMERICA Beginning with the story of a simple burglary at Democratic headquarters and then continuing with headline after headline, Bernstein and Woodward kept the tale of conspiracy and the trail of dirty tricks coming -- delivering the stunning revelations and pieces in the Watergate puzzle that brought about Nixon's scandalous downfall. Their explosive reports won a Pulitzer Prize for The Washington Post and toppled the President. THESE ARE THE AUTHORS WHO INTRODUCED US TO THE WORDS DEEP THROAT.
View More... 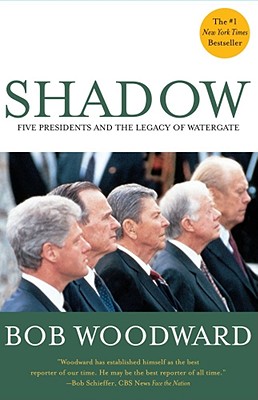 SHADOW : FIVE PRESIDENTS AND THE LEGACY

A New York Times Notable Book of the Year Twenty-five years ago, after Richard Nixon resigned the presidency, Gerald Ford promised a return to normalcy. "My fellow Americans, our long national nightmare is over," President Ford declared. But it was not. The Watergate scandal, and the remedies against future abuses of power, would have an enduring impact on presidents and the country. In Shadow, Bob Woodward takes us deep into the administrations of Ford, Carter, Reagan, Bush and Clinton to describe how each discovered that the presidency was forever altered. With special...
View More...

AGENDA INSIDE THE CLINTON WHITE HOUSE

Working behind the scenes for the eighteen months following Bill Clinton's election, conducting hundreds of interviews with administration insiders and other key officials, and gaining access to confidential internal memos, diaries, and meeting notes, Bob Woodward has discovered how the Clinton White House really works.

Clinton's pledge for a new economic deal was the cornerstone of his 1992 campaign, and fulfilling it has been his central ambition and enterprise as president. By focusing on Clinton's efforts to pass a comprehensive economic recovery plan, Woodward takes us not only to the...
View More... 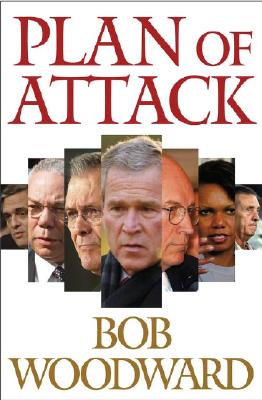 Bob Woodward's book on President Bush and the Iraq war will be the definitive account of the turning point in history as Bush, his war council and allies launched a pre-emptive attack, toppling Saddam Hussein and taking over the country. From in-depth interviews with key players and notes from national security meetings, Woodward provides a thoroughly original, authoritative narrative of the behind-the-scenes manoeuvring, examining the causes and consequences of the most controversial war since Vietnam. What emerges is an astonishingly intimate portrait of Bush, Dick Cheney, Colin Powell, Dona...
View More... 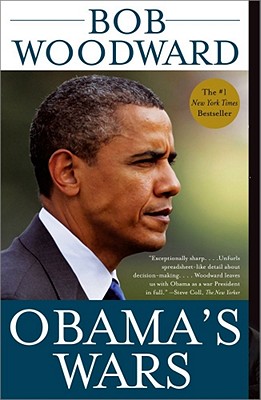 In Obama's Wars, Bob Woodward provides the most intimate and sweeping portrait yet of the young president as commander in chief. Drawing on internal memos, classified documents, meeting notes and hundreds of hours of interviews with most of the key players, including the president, Woodward tells the inside story of Obama making the critical decisions on the Afghanistan War, the secret campaign in Pakistan and the worldwide fight against terrorism. At the core of Obama's Wars is the unsettled division between the civilian leadership in the White House and the United States military ...
View More... 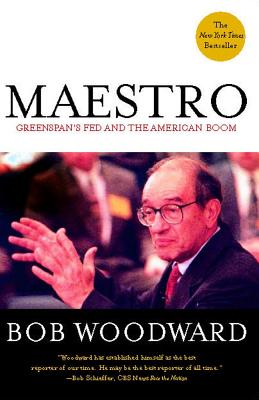 MAESTRO : GREENSPAN'S FED AND THE AMERIC

Perhaps the last Washington secret is how the Federal Reserve and its enigmatic chairman, Alan Greenspan, operate. In Maestro, Bob Woodward uses his proven interviewing and research techniques to take you inside the Fed and Greenspan's thinking. Woodward presents the Greenspan years as a gripping narrative, a remarkable portrait of a man who has become the symbol of American economic preeminence.
View More... 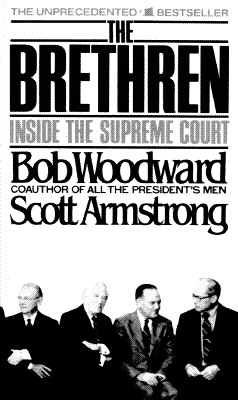 BRETHREN: INSIDE THE SUPREME COURT