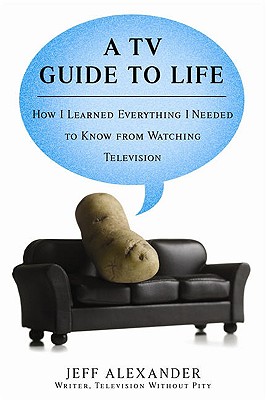 Read Jeff Alexander's posts on the Penguin Blog. A couch potato's book of wisdom-- 100% commercial free Some say that entire generations of Americans are being raised by the television...like that's a bad thing. Not so, says author Jeff Alexander, long-time television writer, advocate of education by television, and recapper for the popular website Television Without Pity. Here, he offers the ultimate in life lessons as seen on TV. Topics include: - Saved by the Bell: School on TV - Somebody Save Me: Super Powers and Magic Spells - Tell Me Why I Love You ...
View More...