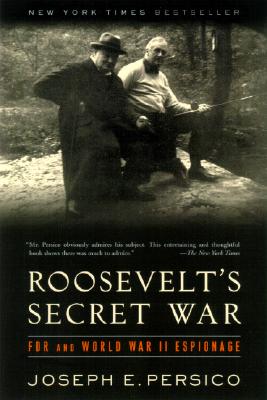 Despite all that has already been written on Franklin Delano Roosevelt, Joseph Persico has uncovered a hitherto overlooked dimension of FDR's wartime leadership: his involvement in intelligence and espionage operations. Roosevelt's Secret War is crowded with remarkable revelations: -FDR wanted to bomb Tokyo before Pearl Harbor-A defector from Hitler's inner circle reported directly to the Oval Office-Roosevelt knew before any other world leader of Hitler's plan to invade Russia-Roosevelt and Churchill concealed a disaster costing hundreds of British soldiers' lives in order... View more info 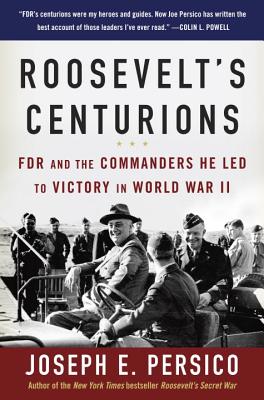 ROOSEVELT'S CENTURIONS : FDR AND THE COM

All American presidents are commanders in chief by law. Few perform as such in practice. In "Roosevelt's Centurions, "distinguished historian Joseph E. Persico reveals how, during World War II, Franklin D. Roosevelt seized the levers of wartime power like no president since Abraham Lincoln during the Civil War. Declaring himself "Dr. Win-the-War," FDR assumed the role of strategist in chief, and, though surrounded by star-studded generals and admirals, he made clear who was running the war. FDR was a hands-on war leader, involving himself in everything from choosing bomber targets to planning ... View more info

MY ENEMY MY BROTHER