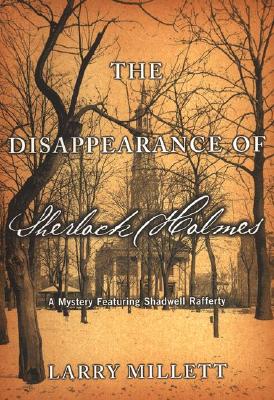 "Sherlock Holmes Disappears, Foul Play Suspected" reads a New York headline. So begins the fifth mystery in Larry Millett's series, which takes Holmes on a chase across continents and on a labyrinthine journey into a dangerous and sinister mind. Only with the assistance of his large-hearted and amply proportioned old friend, Irish saloonkeeper Shadwell Rafferty, will the score be settled and justice delivered. A letter, written in a secret cipher he recognizes all too well, tells the celebrated sleuth that Abe Slaney, the vicious murderer he once captured after a duel of wits, seems to ha... View more info