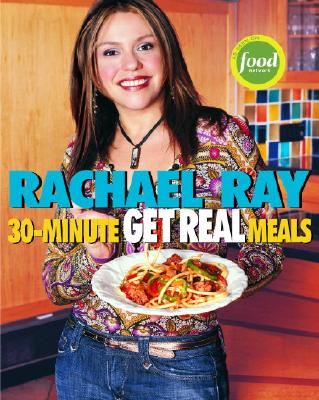 No pasta? No dessert? No way Everything in moderation, says Rachael Ray. After all, some days only chocolate or spaghetti will hit the spot.
In "Rachael Ray's 30-Minute Get Real Meals," the bestselling cookbook author and Food Network star serves up another helping of creative, hassle-free recipes that are ready to rock your tastebuds in less than thirty minutes. The latest addition to Rachael's runaway hit series of 30-Minute Meals cookbooks is designed for cooks who want to look and feel great but long for the fun and the flavor that's missing from their extreme low-carb meals. Why fill...
View More... 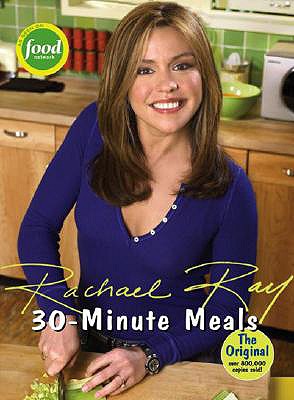 See where it all started with the original 30-Minute Meals. This classic Rachael Ray collection will help you get dinner on the table in no time, with easy-to-follow directions and budget-friendly ingredients. With over 120 recipes to choose from, you'll never get stuck in a boring dinner routine again. Favorites include Quick Jambalaya, Ziti with Sausage and Cannellini, and Fajitas, along with kid-tested fare like Zesty Chicken Cutlets Parmigiana and Mini-Meatball Soup that are sure to please even the pickiest of eaters. Over 900,000 sold
View More... 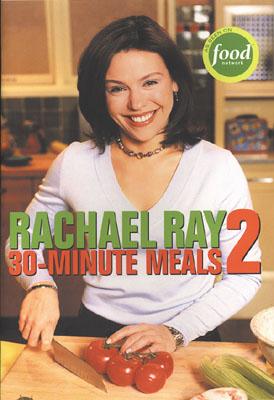 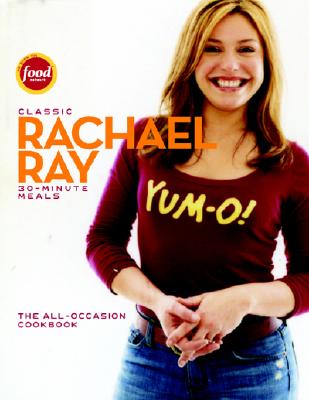 A collection of Rachael Ray's 30-Minute Meals. It features over 150 meals selected from 8 of Rachael's titles.
View More... 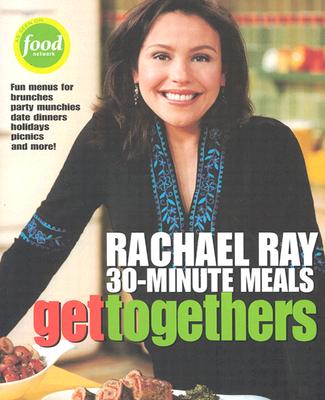 GET TOGETHERS : RACHAEL RAY 30 MINUTE ME 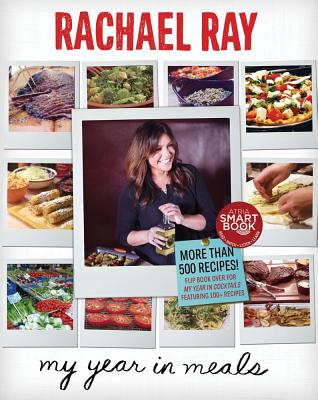 For the first time, #1 New York Times bestselling author Rachael Ray offers fans a glimpse into her own kitchen diary. From everyday meals to complicated culinary feats, Rachael reveals what she herself cooks for her family and friends for one whole year. Ever wonder what Rachael Ray cooks when the cameras aren't rolling? Here she gives you an inside look into her kitchen for one full year. My Year in Meals offers intimate access to tasty dishes that will take you from breakfast to dinner. From the meals she whips up at a moment's notice to family feasts, and dishes inspired ...
View More... 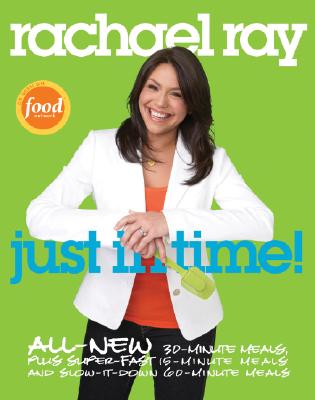 In this irresistible collection Rachael continues to work her 30-minute magic with nearly 100 awesomely delicious brand-new recipes. From pasta to pizzas, soups to sammies, and chicken, fish, and meat, you'll find a 30-minute-meal to suit every appetite.
But what if you don't have even 30 minutes? No worries, Rachael has you covered with her quickest-ever 15-minute meals. Why order pizza when you can have Provencal Tuna Melts, Italian Surf 'n Turf Salad- even a fabulous paella- on the table in just 15 minutes? You'll never reach for the take-out menus again when super speedy Pea and Parsle...
View More... 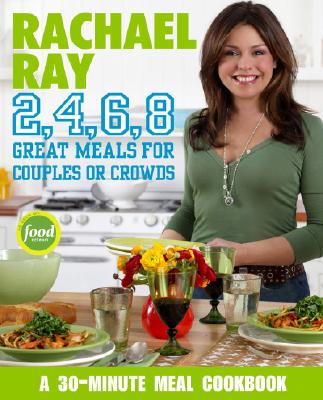 If you're like Rachael Ray, mealtime is a time to hang out and reconnect with family and friends. That means you could be making a late dinner for you and your sweetie one night and making brunch for your entire family the next day. No matter how many people join the party, Rachael firmly believes that cooking should be fun, easy-and done in 30 minutes or less. Transforming recipes for four into recipes for two or eight can be a tricky guessing game. If you use twice the amount of chicken will you have to cook it twice as long? Is it possible to make a satisfying pot of soup for two withou...
View More... 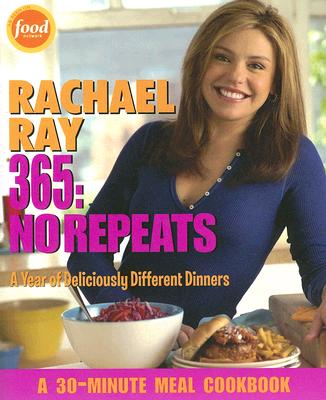 With Rachael Ray's most varied and comprehensive collection of 30-minute recipes ever, you'll have everyone at your table saying "Yummo " 365 days a year. Even your favorite dinner can lose its appeal when it's in constant rotation, so mix it up Food Network's indefatigable cook Rachael Ray guarantees you'll be able to put something fresh and exciting on your dinner table every night for a full year... without a single repeat Based on the original 30-Minute Meal cooking classes that started it all, these recipes prove that you don't have to reinvent the wheel every night. Ra...
View More... 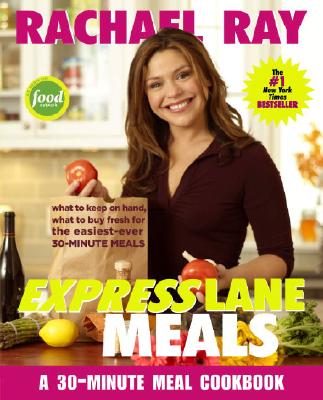 How can you get a wholesome, delicious dinner on the table without spending time on long lines at the supermarket? Rachael knows how Her secret weapon is keeping plenty of versatile, flavorful ingredients in the cupboard, fridge, and freezer, combining these staples with just a few fresh items--never more then ten--to create delicious meals for every night of the week. In Express Lane Meals, Rachael provides her personal go-to list of must-have items--so you can do a big shop every week then simply zip through the Express Lane to make any of these 30-minute meals. She divides t...
View More... 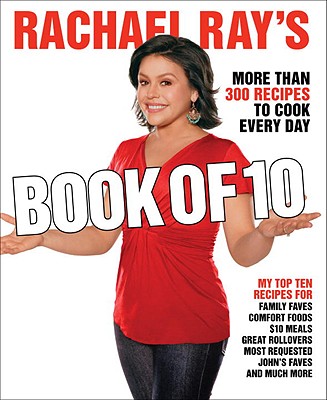 Rachael's top 10 lists of 30-minute meals
For more than a decade, Rachael Ray has wowed you with her flavorful dishes on TV. And she has written one incredible collection after collection of delicious 30-minute meals. Her latest cookbook includes her most-requested recipes from fans like you and her family faves. "Rachael Ray's Book of 10" is jam-packed with thirty top 10 lists of recipes in all your favorite categories. Leave it to Rachael to make a book that is easy to use and fun, too
There's a chapter on Burgers with 10 Figure-Friendly Faves, 10 of John's Faves, and 10 Gut-Bust...
View More... 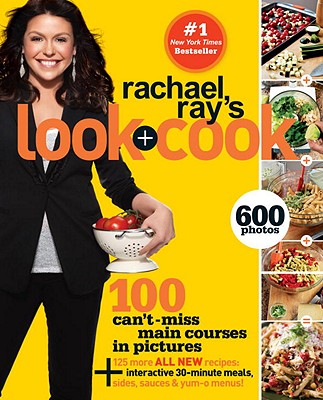 "Inexperienced cooks need more that just a few lines of laconic test to help them along. Rachael Ray has coached a generation of rookies on her Food Network shows, talking and plopping and emoting her way through dish after dish. Her latest books, Rachael Ray's Look + Cook, shows what each stage should look like in big photos. Betty Crocker, or more specifically, the 1976 edition of Betty Crocker's Cookbook, used to be my bulletproof go-to recipe source. But now Ray fills that role." -- Time magazine
From her cookbooks to her magazine to her daily talk show, Rachael Ray's...
View More...