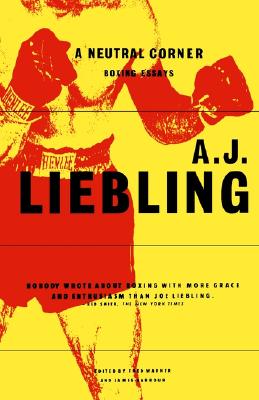 Demonstrating A.J. Liebling's abiding passion for the "sweet science" of boxing, A Neutral Corner brings together fifteen previously unpublished pieces written between 1952 and 1963. Antic, clear-eyed, and wildly entertaining, these essays showcase a The New Yorker journalist at the top of his form. Here one relives the high drama of the classic Patterson-Johansson championship bout of 1959, and Liebling's early prescient portrayal of Cassius Clay's style as a boxer and a poet is not to be missed...
View More... 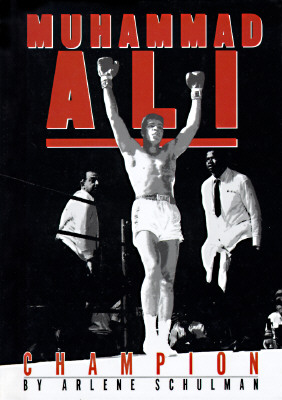 This fast-paced biography takes readers on a dramatic journey through the life and times of heavyweight boxing champion Muhammad Ali. The author covers his childhood, gold medal performance in the Olympics, stellar professional career, popularity with the press and fans, affiliation with the Nation of Islam, and his comeback fights with Joe Frazier. Along the way, readers will get a clear view of an American hero who has made a name for himself as both a fighter and a humanitarian.
View More... 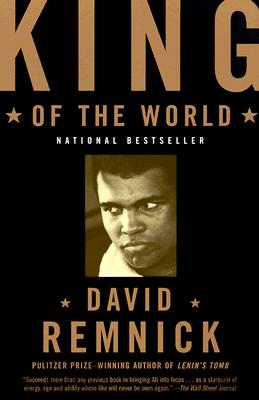 KING OF THE WORLD : MUHAMMAD ALI AND THE

The bestselling biography of Muhammad Ali--with an Introduction by Salman Rushdie On the night in 1964 that Muhammad Ali (then known as Cassius Clay) stepped into the ring with Sonny Liston, he was widely regarded as an irritating freak who danced and talked way too much. Six rounds later Ali was not only the new world heavyweight boxing champion: He was "a new kind of black man" who would shortly transform America's racial politics, its popular culture, and its notions of heroism. No one has captured Ali--and the era that he exhilarated and sometimes infuriated--with greater vi...
View More... 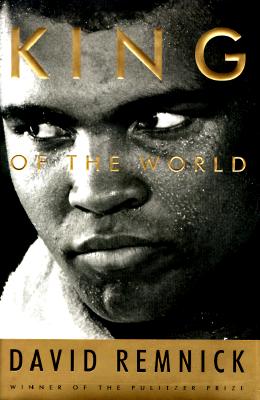 KING OF THE WORLD: MUHAMMAD ALI AND THE RISE OF AN

KING OF THE WORLD: MUHAMMAD ALI AND THE RISE OF AN 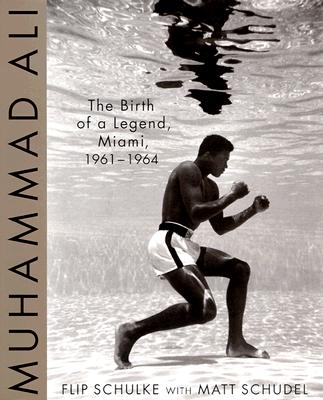 MUHAMMAD ALI: THE BIRTH OF A LEGEND

Photographs from the start of Muhammad Ali's boxing career show young Cassius Clay in Miami training in the gym, eating at local diners, and shopping, among other casual settings.
View More... 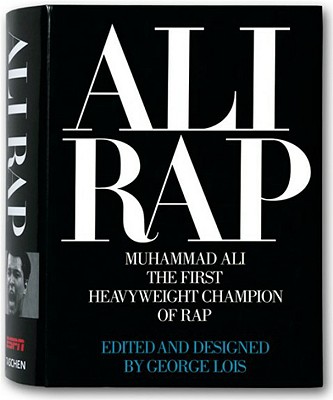 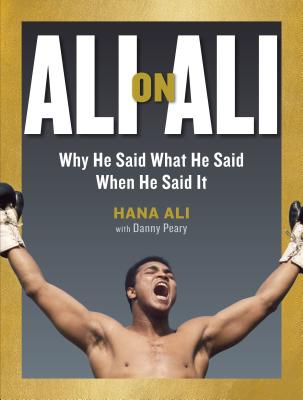 ALI ON ALI: Why He Said What He Said When He Said

Muhammad Ali was a champion, a poet, a prophet. Sports Illustrated called him "the greatest athlete of the twentieth century." And yet he was even more than all of that, "a whole greater than the sum of its parts . . . bigger, brighter, more original and influential than just about anyone of his era" (Barack Obama). He got there with his fists, with his actions, and above all, with his words.
Compiled and written by his daughter Hana Ali, with sportswriter Danny Peary, Ali on Ali brings together a remarkable mix of Ali's 70 most humorous, poignant, inspirational, political,...
View More... 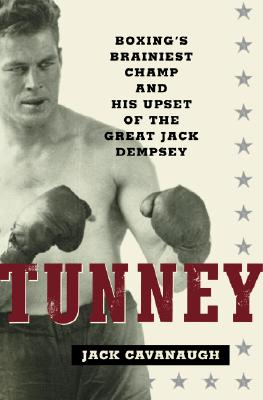 Among the legendary athletes of the 1920s, the unquestioned halcyon days of sports, stands Gene Tunney, the boxer who upset Jack Dempsey in spectacular fashion, notched a 77--1 record as a prizefighter, and later avenged his sole setback (to a fearless and highly unorthodox fighter named Harry Greb). Yet within a few years of retiring from the ring, Tunney willingly receded into the background, renouncing the image of jock celebrity that became the stock in trade of so many of his contemporaries. To this day, Gene Tunney's name is most often recognized only in conjunction with his epic "long c...
View More... 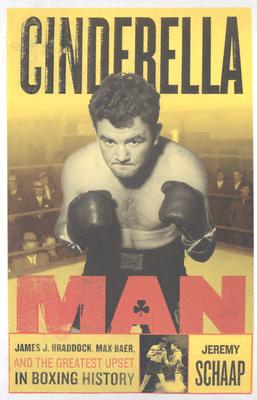 Lost in the annals of boxing is the sport's true Cinderella story. James J. Braddock, dubbed "Cinderella Man" by Damon Runyon, was a once promising light heavyweight for whom a string of losses in the ring and a broken right hand happened to coincide with the Great Crash of 1929. With one good hand, Braddock was forced to labor on the docks of Hoboken. Only his manager, Joe Gould, still believed in him, finding fights for Braddock to help feed his wife and children. The diminutive, loquacious Jew and the burly, quiet Irishman made one of boxing's oddest couples, but together they staged the gr...
View More... 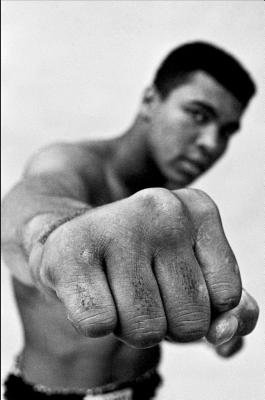 
The definitive biography of an American icon, from a New York Times best-selling author with unique access to Ali's inner circle

He was the wittiest, the prettiest, the strongest, the bravest, and, of course, the greatest (as he told us himself). Muhammad Ali was one of the twentieth century's most fantastic figures and arguabl...
View More... 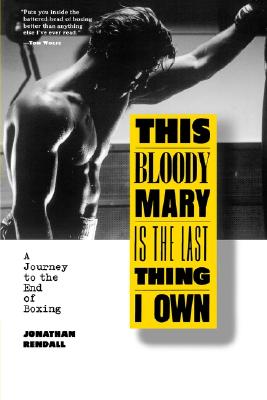 THIS BLOODY MARY IS THE LAST THING I OWN

Fittingly, it is in Las Vegas, boxing's capital, that author Jonathan Rendall, a young British boxing enthusiast, reflects on his own exit from the boxing scene. What unfolds is the true story of his boyhood romance with the sport, his canny coming-of-age as a boxing writer, and his risky bid to bring the unknown Colin "Sweet C" McMillan to the World Featherweight Championship.Written with the detachment of a seasoned journalist, Jonathan Rendall has produced an uncommon sports memoir about having the faith and losing the faith. Intelligent and funny, This Bloody Mary Is the Last Thing...
View More... 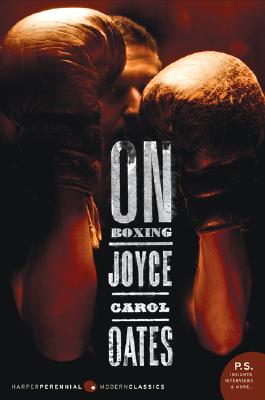 ON BOXING Updated and Expanded Edition 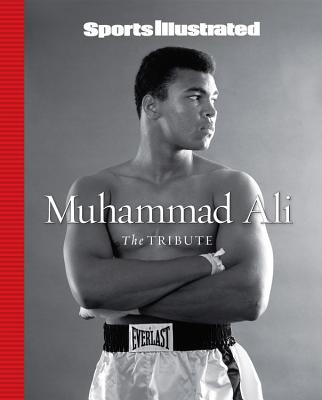 The definitive tribute that celebrates the life and legacy of Muhammad Ali, an American original.From his unlikely transformation from Louisville Golden Gloves winner to Olympic gold medalist to three-time heavyweight champion, civil rights hero and at one point, the most famous person on earth, Muhammad Ali and his journey were always chronicled and celebrated by Sports Illustrated's writers and photographers. Now, all of those moments and memories are collected in Muhammad Ali: The Tribute, a deluxe fully-illustrated gift book tha...
View More... 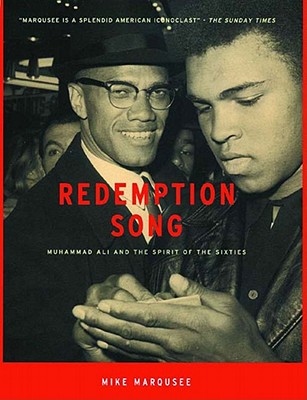 Is there a more characteristic figure of the sixties than Muhammad Ali-playful and political, popular and non-conformist, defiant and triumphant? In a unique new book, Mike Marqusee puts the great boxer back in his true historical context to explore a crucial moment at the cross-roads of popular culture and mass resistance. He traces Ali's interaction with the evolving black liberation and anti-war movements, including his brief but fascinating liaison with Malcolm X, as well as his encounters with Martin Luther King. Marquesee's elegant and forceful narrative explores the origins and impact o...
View More... 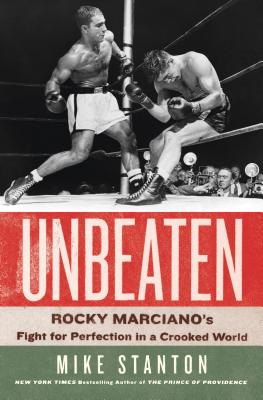 From the bestselling author of The Prince of Providence, a revelatory biography of Rocky Marciano, the greatest heavyweight champion of all time.

The son of poor Italian immigrants, with short arms and stubby legs, Rocky Marciano accomplished a feat that eluded legendary heavyweight champions like Joe Louis, Jack Dempsey, Muhammad Ali, and Mike Tyson: He never lost a professional fight. His record was a perfect 49-0.

Unbeaten is the story of this remarkable champion who overcame injury, doubt, and the schemes of corrupt promoters to win the ti...
View More... 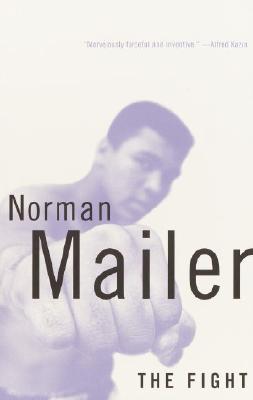 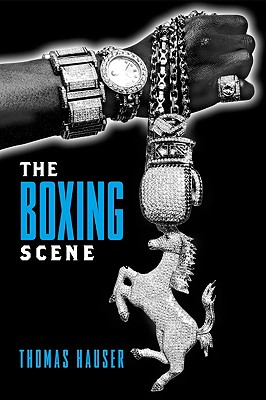 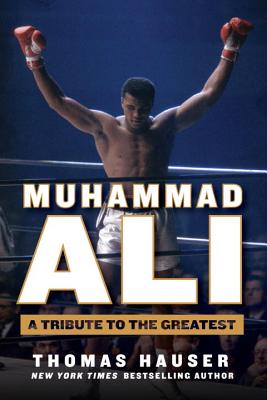 In this celebratory volume, New York Times bestselling author Thomas Hauser provides a compelling retrospective of Ali's life. relying on personal insights, interviews with close associates and other contemporaries, and memories gathered over the course of decades on the cutting edge of boxing journalism, Hauser explores Ali in colorful detail inside and outside the ring.

Muhammad Ali has attained mythical status. But in recent years, he has been subjected to an image makeover by corporate America as it seeks to homogenize the electrifying nature of his persona. Hauser argues...
View More... 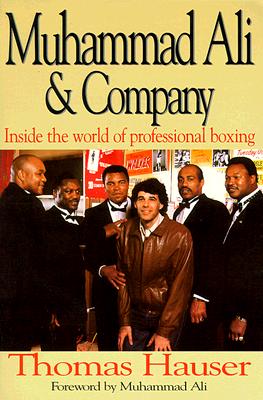 MUHAMMAD ALI & COMPANY: Inside the World of Profes 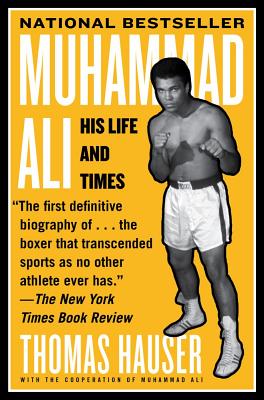 In the words of more than 200 of Ali's family members, opponents, friends, world leaders, and others who have known him best, the real Muhammad Ali emerges: deeply religious, mercurial, generous, a showman in and out of the ring. Thirty years after he burst onto the scene as a gold medal light-heavyweight at the Rome Olympics, Muhammad Ali is still a magical figure. His accomplishments in the ring were the stuff of legend--the two fights with Sonny Liston, when he proclaimed himself "The Greatest" and proved he was; the three epic wars against Joe Frazier; the stunning victory over George ...
View More...

In the words of more than 200 of Ali's family members, opponents, friends, world leaders, and others who have known him best, the real Muhammad Ali emerges: deeply religious, mercurial, generous, a showman in and out of the ring. Thirty years after he burst onto the scene as a gold medal light-heavyweight at the Rome Olympics, Muhammad Ali is still a magical figure. His accomplishments in the ring were the stuff of legend--the two fights with Sonny Liston, when he proclaimed himself "The Greatest" and proved he was; the three epic wars against Joe Frazier; the stunning victory over George ...
View More...